I’m not exactly sure where my wellness journey began but I remember the first time I became curious about it, it went a little something like this: I had struggled with my weight up until high school and then later in college encountered the Freshman 15, you know, typical progression of body changes, nothing out of the ordinary. Then I took Intro to Exercise Science class and learned how to read the nutrition facts on the back of a pop-tart package. Guys, I never ate a pop-tart after that. ever. again. At this point I was conscious of but not fully tapped in to the whole ‘health thing’.

Fast forward, I move to NYC to pursue my acting career and I learned the true meaning of stressed the fuck out: the late night side gigs (waitressing, not stripping, I know you were thinking it) stress eating, burgers and beer, the lack of exercise while juggling day jobs and doing all the above was wreaking some serious havoc to my system… I noticed I had less and less energy to do what I love (performing) and whenever I got the opportunity to showcase my work I felt subconscious about my looks…Enough was enough, something had to be done…

This blog is a retelling of my wellness discoveries through my own experimentation. Some have been self-taught and learned through trial and error. Some I’ll be investigating with the pros and then telling you all about it. If you know me personally, brace yourself, these are some of the random facts I often spew while we are supposed to be catching up but instead I spend 1/2hr telling you about the latest wellness fad. If you don’t know me, hi there! nice to meet you and welcome to Doing It Well With Dee. 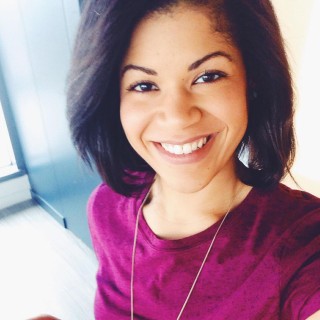 My Editor, Elina, the wonderful